“The future seems bleak for these retailers in particular,” says Bernard McCloy, an analyst from Pembroke, Sachs and Gunderson who was present during the discussion. “The situation is very serious. This is their last attempt to hang on.”

The representatives at the meeting have already announced or are in the process of closing stores. “This meeting was to contrive an excuse blaming an ‘economy shift.’ They are hoping to attract customers with sympathy. Customers are not that stupid anymore. Everyone knows that these CEOs are more about greed than they are about business. Customers have no sympathy. These sequoia sized egos don’t want to face facts. They are rotten businessmen.” And they smell like it. 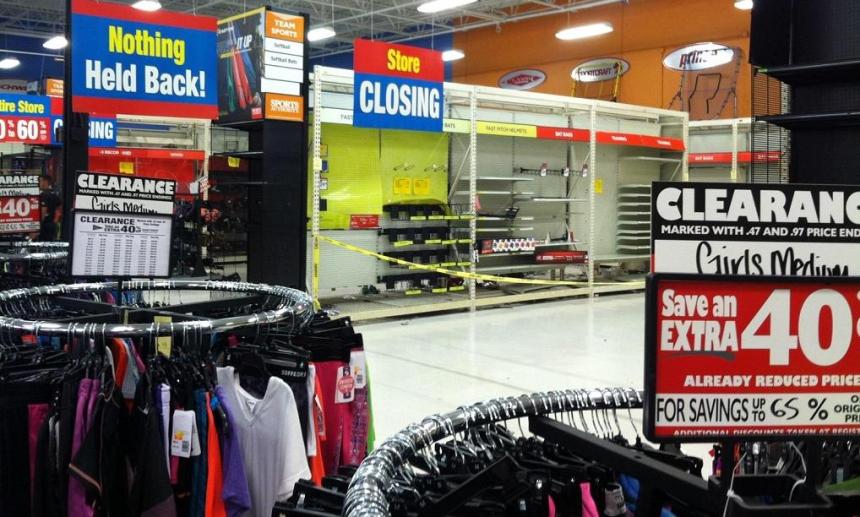 Above: at Sports Authority, pre-liquidated shelves are already empty on the first day of sale.

Recently a spokesperson for Sports Authority announced their bankruptcy wasn’t marketed well. As a result they will have to close ALL their stores. “The ‘Going out of Business’ sale we planned for a few of our locations backfired and now we really are going out of business.”

Here’s how it works:

In the past large stores like Sears and Macy’s could file for bankruptcy protection when their executives mismanaged their business. The action allowed them to break leases and write off debts to their suppliers who in turn would go bankrupt. Thousands of people would lose their jobs. It is a legal tactic that allowed these retailers to emerge in a triumph of gluttony.

“You are only allowed to use the bankruptcy card once every 10 years. These companies found it lucrative to file bankruptcy year after year,” said John Starks, a federal lawyer who specializes in suits against companies in salary claims. “They emerge from screwing everyone and then reorganize. Next they change their company names. It’s subtle and the public isn’t aware of what’s going on. For instance; Sears and Roebuck becomes Sears Roebuck or they may add ‘and Co.’ to their name. That change entitles them to claim bankruptcy again and again. Bally’s Health Club made millions on their failing business by claiming bankruptcy every year!””

“Macy’s also had a heyday when they fell into bankruptcy. They put over 200 mom-and-pop suppliers out of business. The courts told them they didn’t have to pay their debts.” Retailers use this ‘get out of jail free card’ all the time. “It’s always in the front of their minds.”

By law, all salaries must be paid first BEFORE any bill or debt is paid. 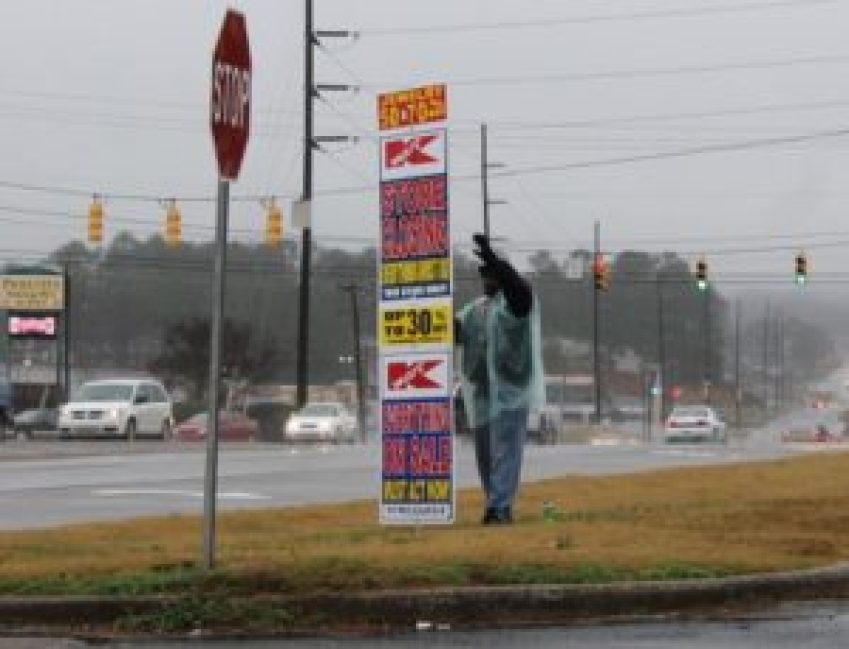 Above: Dedicated worker in the rain unaware that he is not likely to get paid.

As Macy’s emerged from their bankruptcy, they neglected to pay the employees who remained dedicated. “They tell employees that the store is in a ‘black out’ period — that the big court doesn’t want the employees to discuss the event to any customer. They also tell you that they are ‘ordered’ to ‘hold back’ salaries until they are court organized. This is a lie and they never pay the back salaries. They fire you instead.” The cost of obtaining a lawyer to fight for pay exceeds the pay itself and the employee is left with no protective options.

“When I worked for Macy’s New York during their bankruptcy the inventory was 3 years old. Macy’s struck deals with the large manufacturers to restock their inventory with current stock because the old inventory was dated,” an anonymous Macy’s employee told NewscastNow.com. “They issued us razor knives and we were instructed to destroy the entire inventory. This happened in all their stores. They called it ‘slash and burn.’ Millions of items trashed.” When an employee questioned this destruction, he was promptly fired.

Once bankruptcy was a thing of shame — today it is a profit strategy. “More money has been generated from the use of ‘bankruptcy protection’ than in regular sales,” says Starks. 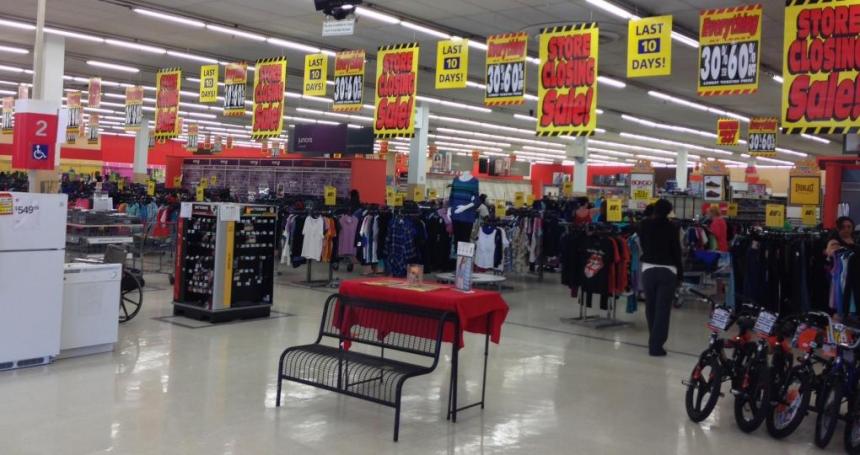 Above: at Kmart, customers show no interest in buying anything even at 60 percent off.

“It is strictly a business move,” says the former chief executive officer of now defunct A&P, America’s once largest grocery chain of 78,000 stores. “It’s common practice to move inventory that isn’t performing well to a poorer performing store. That store is liquidated and a large profit is realized.” In the industry, it’s called ‘throwing the store to the dogs.’

But today, bankruptcy is not so lucrative. The strategy of ‘throwing the store to the dogs’ is becoming less profitable. “There’s so much crap out there that people don’t want and too many inexperienced retailers looking to prove themselves. The mix is toxic. The customer doesn’t respond even when the crap is 90% off.” The idea of ‘going out of business’ is… going out of business.

“Sports Authority is closing all their stores,” says Starks. “They can’t keep up with stores as big as Dicks. It may be too late for the average person to study the way Sports Authority or Radio Shack performs their closings, but if you pay attention to Staples, Sears and Kmart in the next few months, you will see how their going out of business nets a enormous profit.”