Los Angeles school children are being held responsible worldwide for attacks on Muslims. CNN is reporting from inside the Los Angeles terrorist cell. According to CNN’s Vanderson Cooper:

We have exclusive information about the terror threat which we found by talking with the Regional Minister of Terrorist Planning at the ISIS Division in beautiful downtown Los Angeles. We met with the Regional Mayor who goes by the name Richard Ropey. Our reporters were blindfolded and taken across the Nevada desert to a place where nobody knows but where only CNN has made contact.

ISIS has become so advanced now that they have a full hierarchical structure so bureaucratic that there are Presidents, Ministers, Mayors, Regional Directors, etc. A whistle blower inside CNN said that she had more information exclusively reported here: 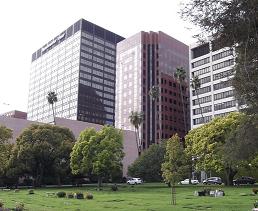 While we were riding in a dark Toyota Highlander to the terrorist site, I poked a hole in the blindfold when nobody was looking. I know where the terrorist headquarters is. It is the Pierce Center. The terrorists are occupying four floors of the largest building at the site. Somebody should tell the FBI. I think CNN is withholding this information so it can gain more exclusive stories, because that’s what really matters.

We called the FBI to report the CNN report and take a comment. The FBI agent told us that the information will be added to the investigation backlog. “We’ll get to that just as soon as we finish listening to these 40 million phone calls from the American Northwest. It’s a few days before Christmas. Shouldn’t you be shopping?” When we told the FBI that the terrorists were holed-up in the Pierce Center, the phone connection was lost.

While we do not have such a close relationship with ISIS here, we were able to ascertain some good scary threats online at a website registered in Dallas, Texas where ISIS is not believed to have any active cells. From the site, which appears to be in English:

If it weren’t for those big city sixth-graders and school children in Los Angeles, we would not have bombs raining [sic] down on our Muslim people in Iraq and Syria. We are the Islamic State, not to be confused with ISIL or ISIS or whatever the infidel press wants to call us. They love life, we love death. The children on the west coast are killing our men, leaving our women and children without fighters.

We contacted some of the candidates for the 2016 US presidential election. By press time, Donald Trump got back to us. “The men are not being killed. They are leaving Syria to become terror cells everywhere. Only the women and children are being bombed.” Chris Christie released a statement, “We will not be safe until the entire Syria is leveled, all Muslims are sent to Siberia, and we use our pre-emptive strategic weapons to hit Siberia.”

The ISIS site went on to blame the “French avant-garde” and people in a small town from North Dakota. Ominously, on the site was the message, “Revenge close at hand.” Iceland is on full alert. Everywhere but those places that policy makers inhabit are in for a long terror scare.

But the most horrifying development out of this new terror scare (aside from the fact that New York City scolded Los Angeles for shutting down the schools on the basis of a “hoax”) was — this was the perfect time for NBC to sneak Brian Williams to major news and respectable coverage on TV during this ratings bonanza to make him look really good so he can get his old job back.

Editors note: We would like to thank both ABC and CNN for the many terror alerts in recent years that nobody else was able to get, especially the featured picture at the top of the page which comes from CNN.