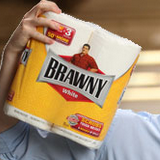 On March 7, 2016, a popular “news” website introduced a new logo — a roll of tissue with its signature letters printed upon it.

The logo looked good and professional but there was one problem. Somebody had to custom order the product from a supplier. With the superstore Staples reducing the variety of products available, the paper had to come from someplace else. Something smelled bad. 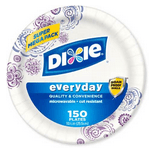 A member of the news team snuck into the Accounting Division Requisition Unit of the news site, and after three overnights looking through the documents, finally, one was found before top management could try to wipe the records away. The requisition ordered 116 rolls of “NCN Toilet Paper” per week to be supplied at the Newscast Now complex. This toilet paper is manufactured by Georgia Pacific, makers of Quilted Northern, and owned by the Koch brothers conglomerate.

The site, NewscastNow.com, has been known to roll Koch brothers product advertorials and even Koch brothers political propaganda right into their stories. Now we know why. The Koch brothers were charging the company only 15 cents per roll. A quid pro quo has been in place for over a month now.

PROTEST AT THE OFFICE

The news staff was so incensed by the finding, and so unaware of the fact that good jobs are hard to find, that they staged a massive protest against Newscast Now management right outside of the New York City complex. (story continues below) A Vivendi news company spokeswoman hearing the news about the news became very upset. “In France, we use a bidet. Our news companies cannot be bought this way,” she said as she signed for a skid of Nestle water.

Will somebody please report this to the FCC? Is that a gun pointed at my head? You c