NPCs. Non-Player Characters. Those programmed robots in the video games. Donald Trump fans try to see their opponents as NPCs. Orange man bad. It’s all so “dehumanizing.” But what happens when Donald Trump supporters get to see a protest by Donald Trump opponents. Let’s call this The NPC and the Orange Man Dehumanizationalism. 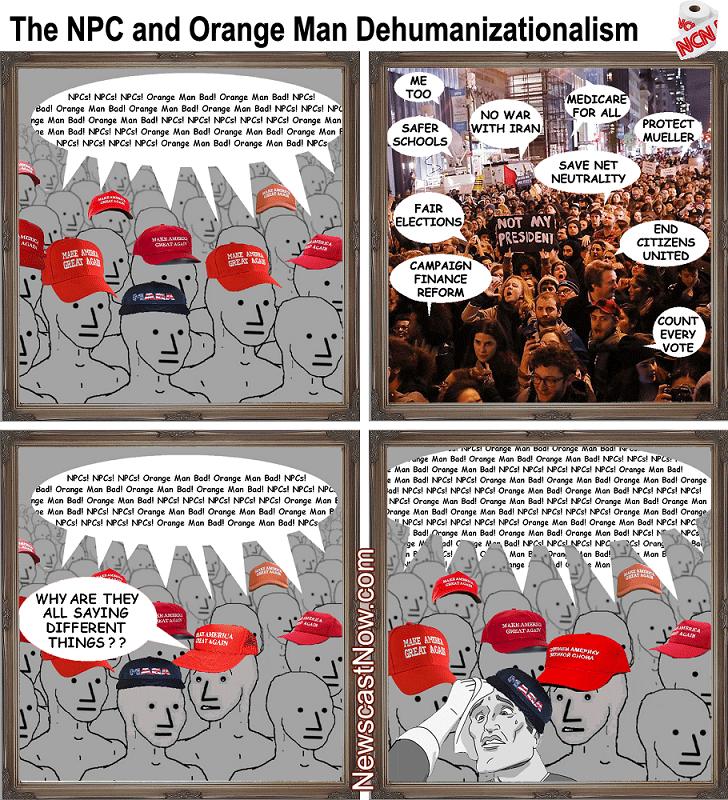